Amsterdam is a destination that never fails to charm. It’s not just the picturesque canals and cobbles; the city is seemingly tailor-made for visitors, with everything from café culture sitting to stylish restaurants, independent shops and some of the world’s most famous museums and galleries. Whether your idea of Dutch style harks back to the Golden Age or its cutting edge contemporary designs, you’ll find it here – as well as in its selection of boutique hotels. With so many to choose from, we’ve picked out ten of our favourites. It’s time to go Dutch…

Let’s start in the chic 9 Streets area of the city – the quaint and quirky streets that straddle Amsterdam’s grandest canals. No surprise, perhaps, that the boutique hotels are as grand and quirky in equal measures. The Dylan (*****), pictured top and below, overlooks the Keizersgracht canal. Even the entrance is special, a 17th-century arch and gateway. The hotel has retained its historic charms, while adding contemporary touches, and the 40 rooms have treats ranging from Bose sound systems to the comforting luxury of Frette robes. Look out for the unique details in each suites, too, whether iron staircases or 20-feet high ceilings. But you’ll want to leave your room eventually, as dining is a big attraction here. The on-site restaurant Vinkeles has Michelin Star, while the lounge and bar are a cool place to hang out and enjoy a Dylan Thomas signature cocktail or two. There’s also a fitness centre, along with a tranquil garden, to help you unwind.
Prices from £262 per night – Book now 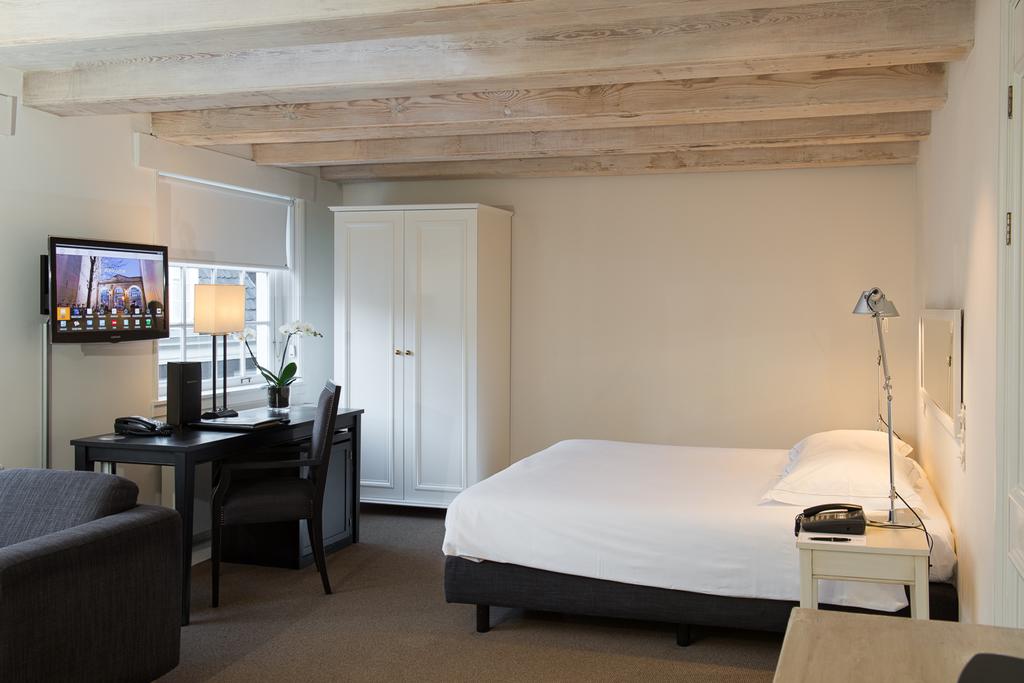 Another example of 5-star luxury in the area is the Andaz Amsterdam Prinsengracht (*****). The imaginative interiors come courtesy of the internationally renowned designer Marcel Wanders and it’s themed around his interpretation of Alice in Wonderland – think giant murals, unusually scaled furniture and unexpected details such as a wall of doorknockers. There are even video art installations, along with a TV channel dedicated to the medium. But although the interiors are playful, this hotel takes relaxation very seriously. There’s a spa and wellness centre and free bike hire, while each of the 122 rooms comes with books, flat screen TV and iPod dock. Some rooms also have a private terrace; there’s also a gorgeous garden that everyone can enjoy. And leave time to check out the restaurant, with its tasty farm-to-table menu.
Prices from £287 per night – Book Now 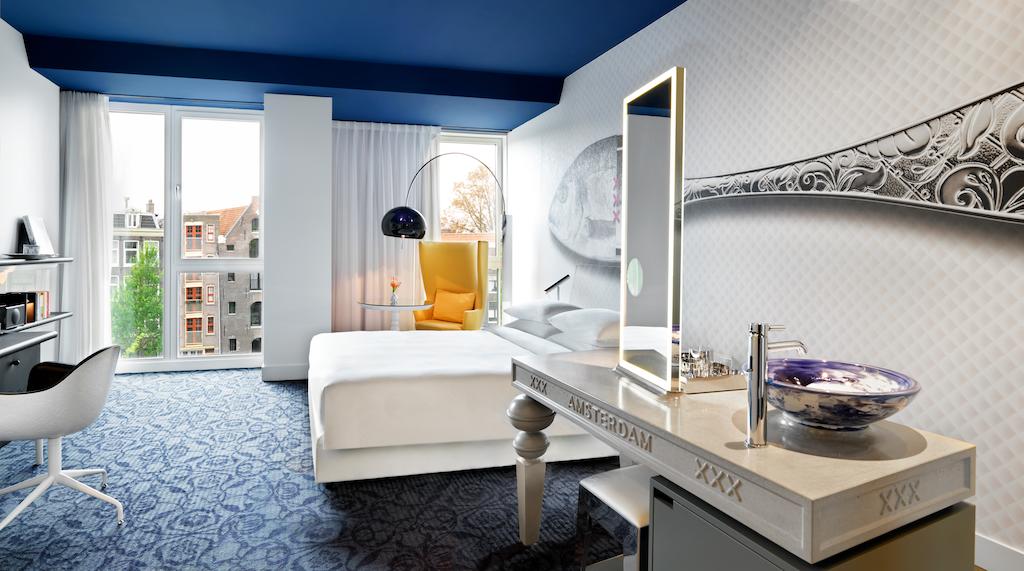 Seven One Seven (*****) prides itself on being like a grand private home – in fact, it was once the sumptuous residence of a sugar merchant. There are eight spacious suites to choose from, named after writers, artists and musicians, either looking over the Prinsengracht canal or the quiet courtyard garden. Its looks are knockout – from the marble hallway to the grand piano in the breakfast room – but the home from home atmosphere is continued throughout – you’ll be greeted with refreshments on arrival and you can partake in treats such as afternoon tea in the library, or perhaps even some wine…
Prices from £278 per night – Book Now 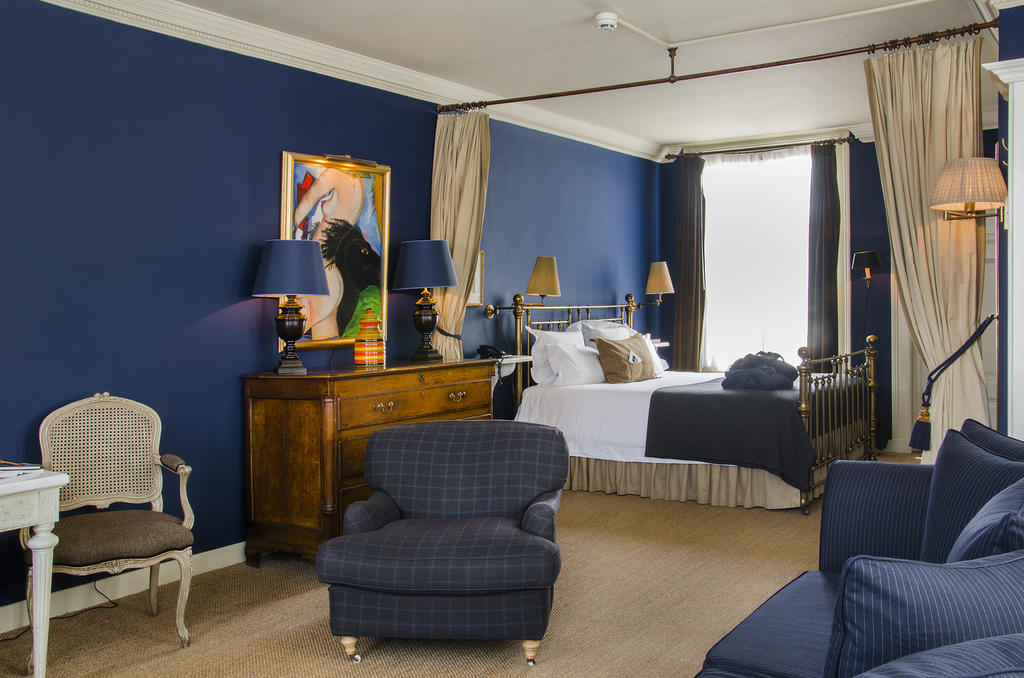 Another nearby neighbour is the Canal House (****), also on the Keizersgracht. Part of the Curious Hotels group, it has 23 boutique-style rooms. Retaining many original architectural details, it’s decorated in a colour palette inspired by Dutch Old Masters, albeit with a contemporary twist worthy of any luxury 21st-century hotel. The light and luxurious rooms range in description from Good to Best, with the latter occupying the top floor of the hotel. At the heart of the hotel, you’ll find the Great Room – a place to meet friends or sit back with the papers – overlooking a large garden. Details such as the DVD/CD library, Green and Spring bath toiletries and the contemporary works of arts on display all add to the charm.
Prices from £201 per night – Book now 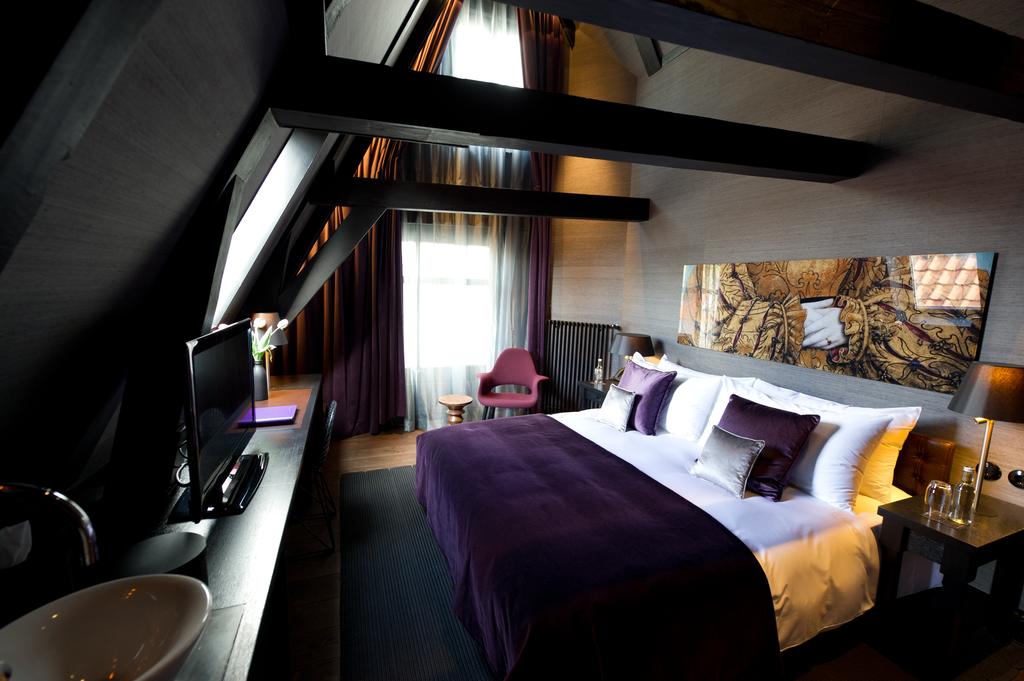 The Toren  (****) is more overt in its declaration of opulence, with details such as chandeliers, antique writing desks and four-poster beds looking back to the Dutch Golden Age. Occupying two 17th-century buildings on the Keizersgracht canal, each of its 38 rooms and suites are unique, and have been decorated to reflect it. Decadent details include a jacuzzi bathtub in each of the bathrooms, complete with Rituals toiletries. The jewel in this very delightful crown is the hotel’s bar, with its beautiful ceiling that was painted by students of Rembrandt.
Prices from £146 per night – Book now 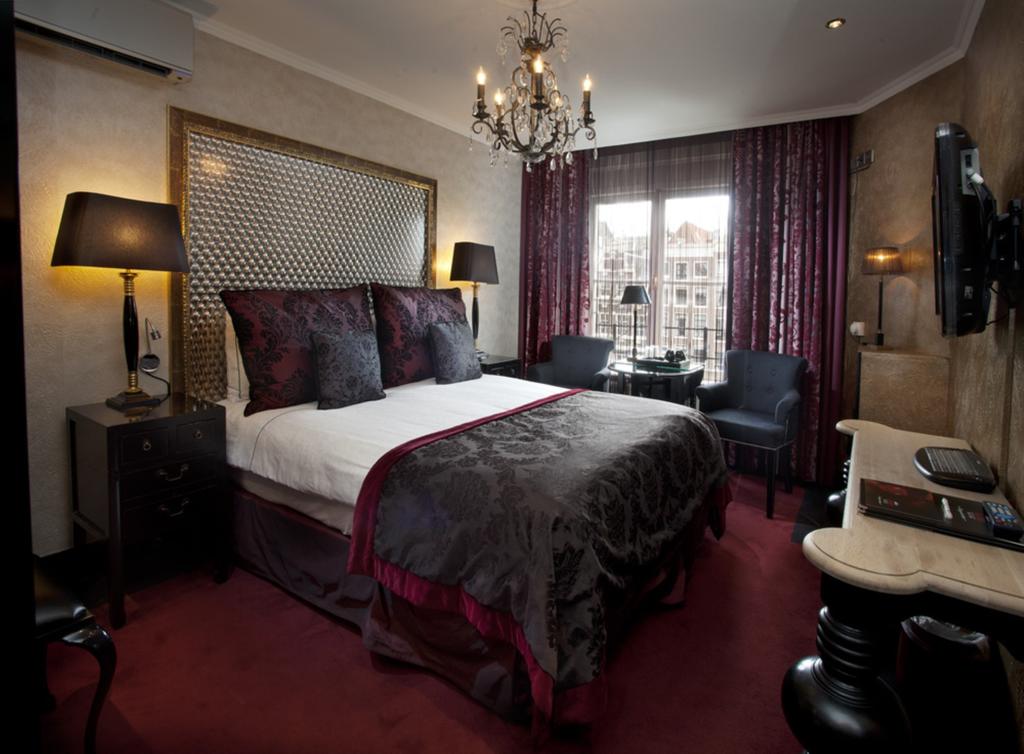 Bookworms need to book in some serious time at the Ambassade Hotel (****). This boutique hotel, again housed in canal-side 17th-century buildings, is a favourite with publishers. The result is a library stocked with over 4,000 books, each signed by their authors on their visits. While you might suggest that it’s the champagne served at breakfast that lures them, there are other attractions too. For example, the 56 rooms are all decorated in an electric mix of furnishing range from Louis XV to the CoBra-movement, each with their own desk and sitting area and toiletries courtesy of Bulgari. There’s also a French-style brasserie and, should you really need to relax, a floatation centre.
Prices from £128 per night – Book now 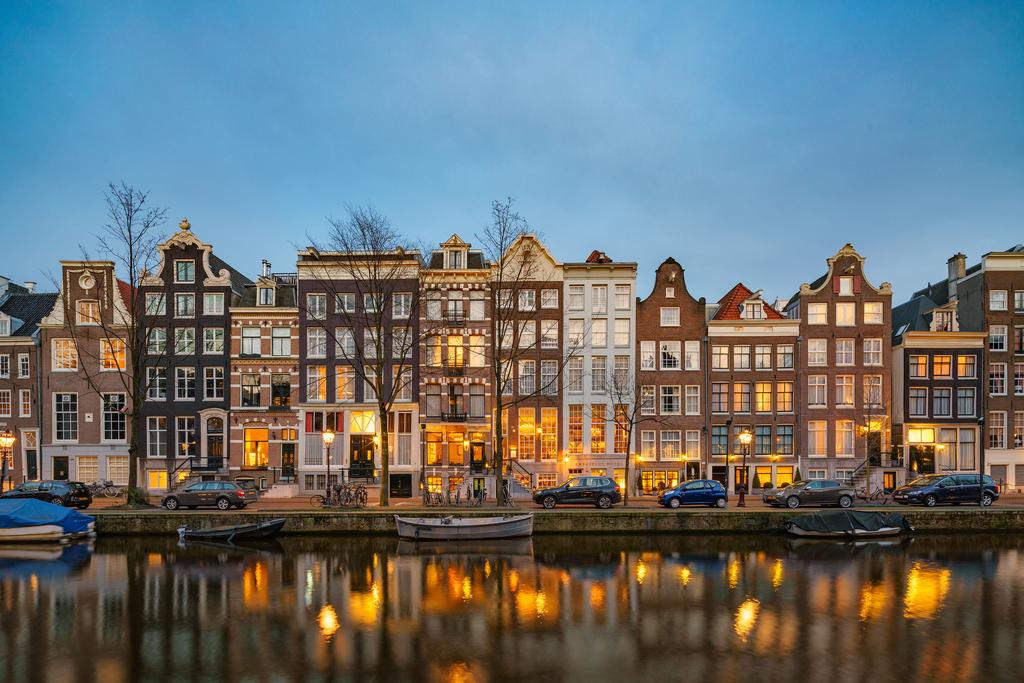 There are jewels to be discovered in other parts of the city too. You’ll find Hotel V Nesplein (****) near Dam Square in the Theatre District, and they’ve referred theatres in theatre in the decor, including a small stage for events in the public area. It’s subtle though, and the furnishings are more influenced by mid-century designs with plenty of browns and mustards paired with natural materials, as well as modern comforts such as Smart TVs in large, industrial loft-inspired rooms. There is plenty of space to hang out here – from the terrace to the bar to the library – while the restaurant caters for your needs throughout the day.
Prices from £157 per night – book now 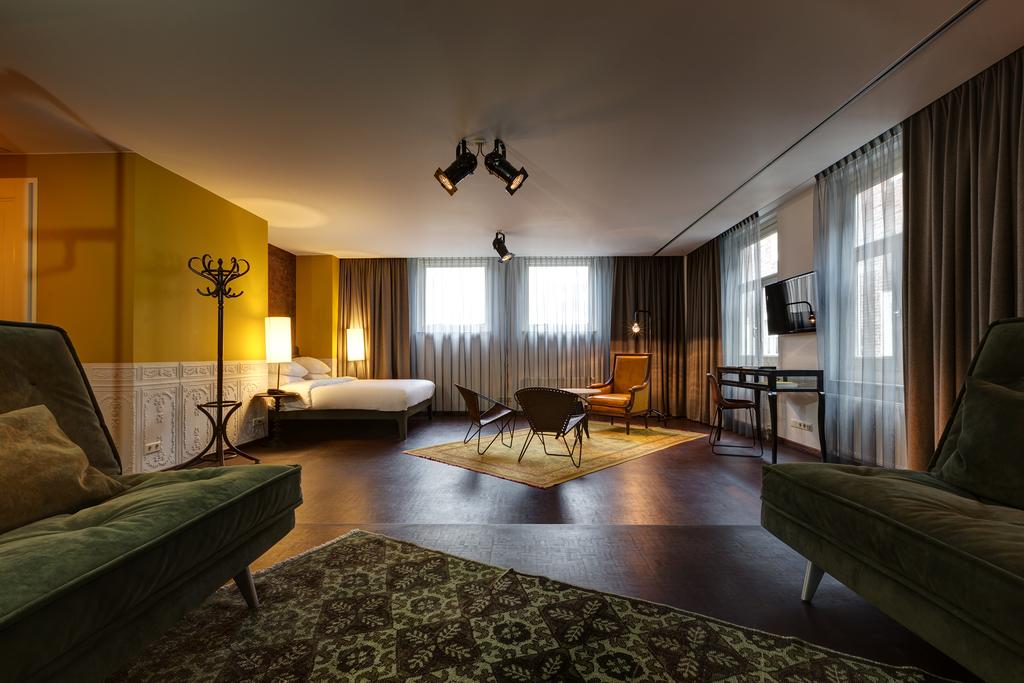 De Pijp is Amsterdam’s Latin Quarter, known for its bohemian spirit. So, at first glance, you may not think a former educational establishment would be at home here. But although The College Hotel (****) started life as a school in the 19th century, it was renovated in 2016 and now boasts 40 rooms “honouring classics from the past from a contemporary perspective”. The result is light, lofty rooms, with a feel of modern luxury, and no hint of institutionalisation. It hasn’t quite lost touch with its educational roots, however, as – uniquely – hospitality students make up part of the staff. Seek out cosy corners in the lounge, relax among the olive trees on the terrace or find a seat at the stylish, fashionable lounge. If you want to explore further, both bicycle and scooter hire are available.
Prices from £120 per night – Book now 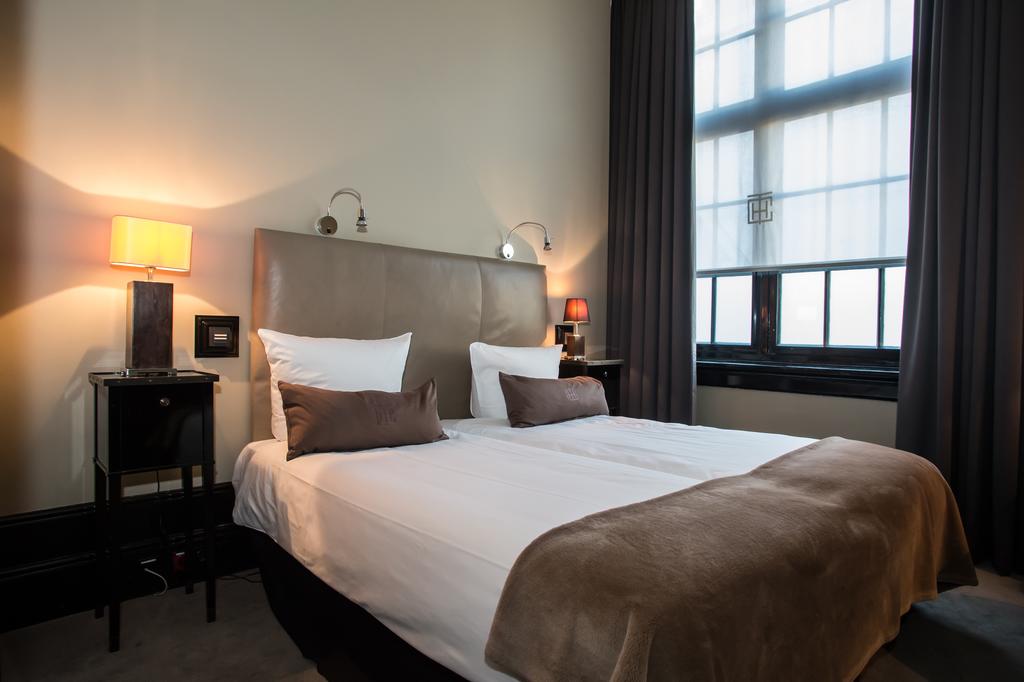 Another unique building in De Pijp now transformed into a boutique hotel is Sir Albert  (****), a former diamond factory. Although Sir Albert may be a fictional character, the welcoming, high-class feeling certainly isn’t. The hotel echoes the looks of a private mansion with touches such as Persian rugs and characterful pieces of art. In the rooms, you’ll discover iPod docking stations, espresso makers and a thoughtful goodie box full of ‘essentials’ you may have forgotten to bring with you. There are also plenty of facilities on offer, including a study, gym and library and a Japanese kitchen and bar.
Prices from £199 per night – Book now 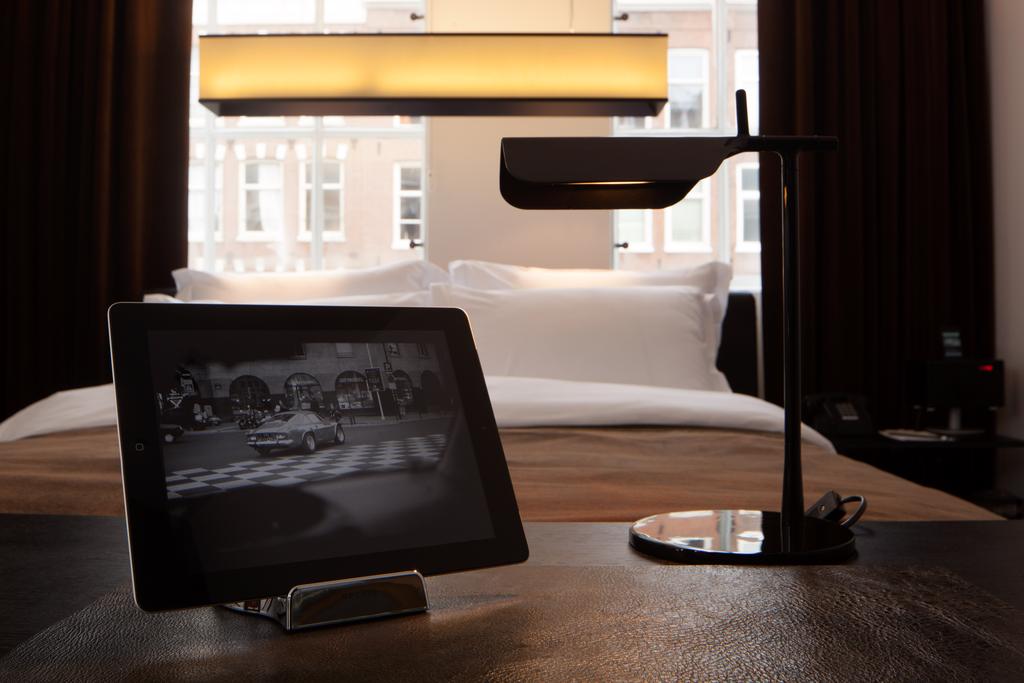 A final taster of Dutch hospitality comes with the five-star Conservatorium (*****) found in the Oud Zuid area of Amsterdam. Once a bank, the gorgeous original Art Nouveau features complement a contemporary scheme by Italian architect Piero Lissoni. The 129 rooms including 42 suites epitomise a relaxed kind of luxury. All benefit from rainfall showers and Floris toiletries – some also have deep soaking tubs and LCD mirror TVs in their bathrooms. As well as an indoor pool and sauna, guests can take advantage of the yoga and pilates studio, before (or after) indulging at Taiko, an Asian-inspired restaurant, and at the perpetually fashionable Tunes Bar.
Prices from £432 per night – Book now 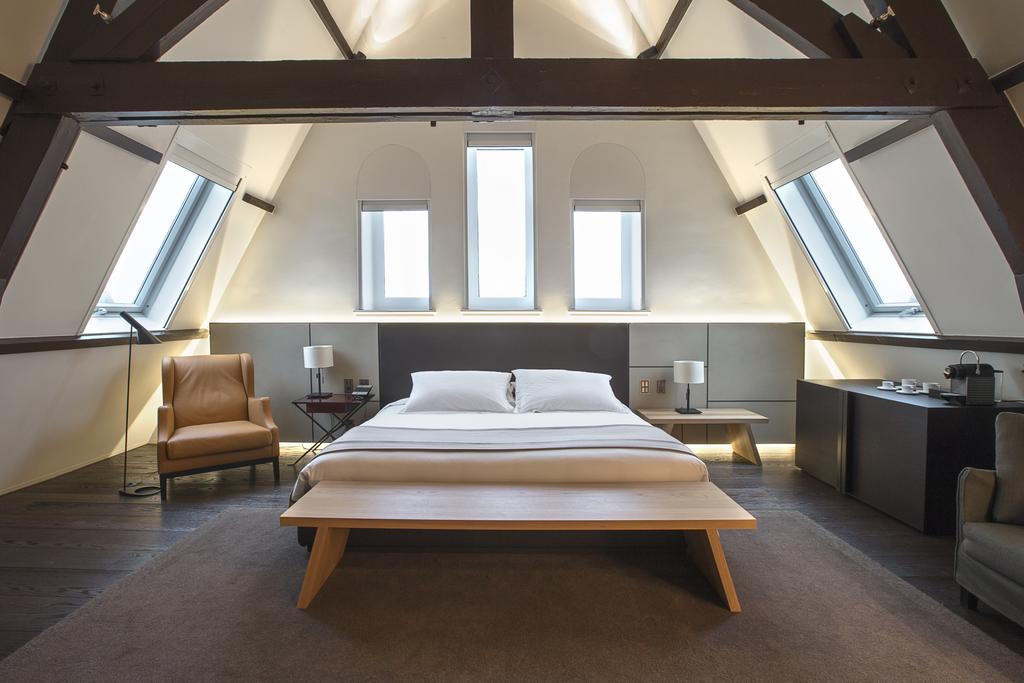