Dublin is packed full of Irish charm – it’s easy to see why it finds its way into the hearts of so many visitors. The city is famed for its hospitality and its party atmosphere, but also its rich heritage that’s visible as you explore the streets. From live music, to sport, to free-flowing whiskey, it’s hard not to find a way to enjoy yourself here. Dublin’s gorgeous collection of boutique hotels reflect exactly that mix, ranging from understated luxury to out and out rock’n’roll glamour.

Hotels mentioned in this article

The Dylan (*****), pictured top and below, definitely errs towards the second of those two options, offering a tongue-in-cheek baroque interpretation of the Victorian architecture, with details such as leather padded walls and mirrored ceilings running through its spacious 44 rooms and six suites. The latter offer deep soak bathtubs and bathroom TVs for some indulgent downtime. That feeling is carried through in the deliciously tempting Dylan cocktail bar. It’s not all decadence, however, head to the adjacent Tavern restaurant for fresh and light locally sourced menus – or dive into the fruit bowls found in each room. Another thoughtful touch are the iPods supplied pre-loaded with walking tours of the city, should you ever want to leave your room… Prices from £173 per night. 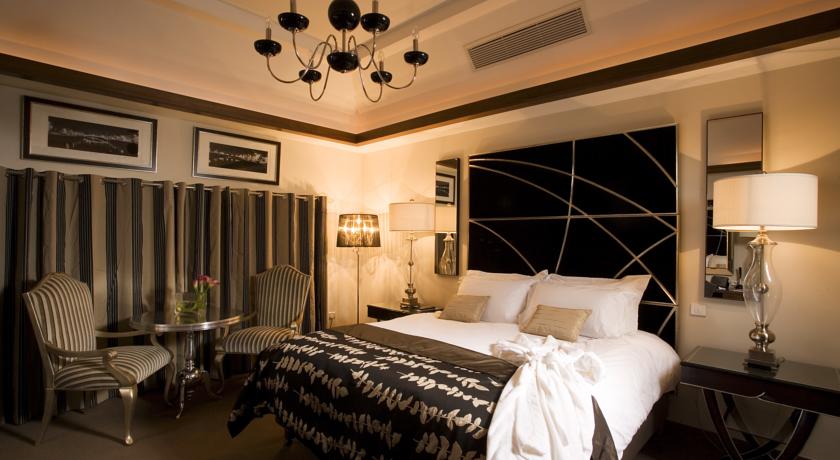 Another hotel suited to aspiring rock stars in The Dean (****). As their website states “We don’t do conventional. We do fun.” That’s evident throughout the 51 rooms of these converted Georgian townhouses, which range from the ‘mod pod’ to the Penthouse. All share the same contemporary take on industrial style – think exposed brick walls and parquet floors combined with mid-century-style chairs and modern Irish art. It’s the extras that really make it – including the likes of Netflix and Irish snacks for munchies, mini SMEG fridges and turntables and vinyl, and not forgetting the essentials such as big comfy beds. When it comes to the Penthouse, there’s a bar, guitar, poker table and foosball table added into the mix! True to its party pad vibe, The Dean hosts events from DJs to live music and there are three food and drink spots. In Sophie’s rooftop restaurant, you can enjoy cocktails and wood-fired pizzas while taking in a stunning panorama across the city. Prices from £92 per night. 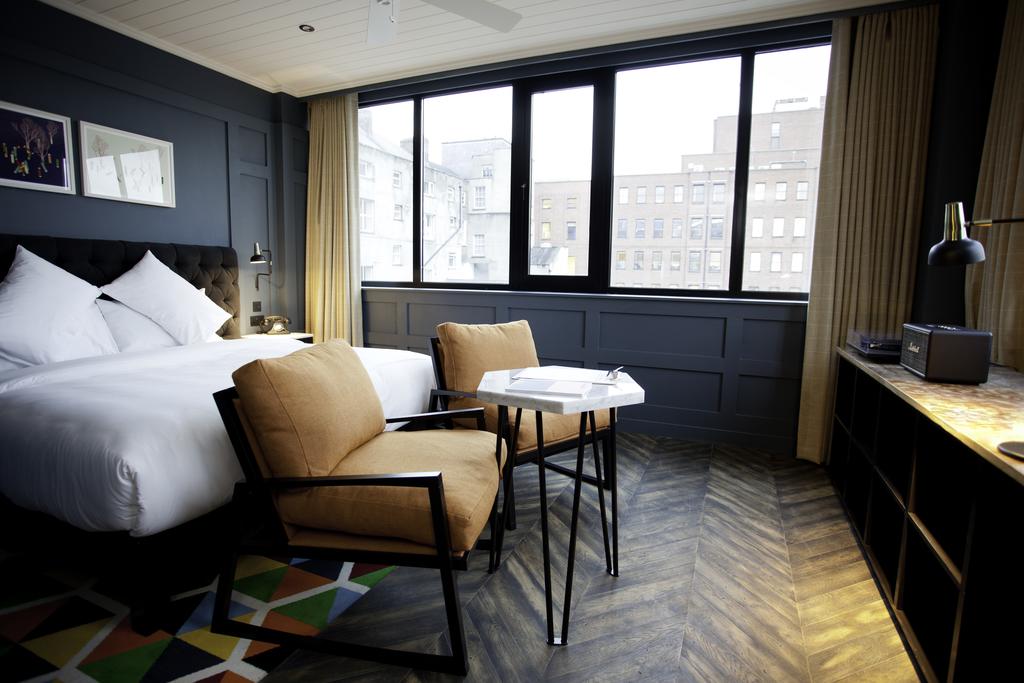 The Dean Hotel in Harcourt Street.

But when it comes to rock’n’roll and Dublin, it’s impossible not to mention The Clarence (****), the boutique hotel owned by Bono and The Edge of U2. Inside it’s characterised more by the refined elegance of a gentlemen’s club than a rocker’s paradise, maintaining many of the original features of this Victorian building. The rooms offer sanctuaries in the city, showcasing Irish craftsmanship with artisan-designed super king-sized Shaker oak beds dressed in cool white linen and Paul Costelloe toiletries in the bathrooms. Not that the hotel is without some showpieces: take, for example, The Garden Terrace Suite, with its own 700-square foot private rooftop terrace, or the baby grand piano – just one of the surprises of the Penthouse Suite. It’s also hard not to be wowed by the sleek Art Deco lines of the Octagon bar, perfect for a glamorous cocktail, or a few. There’s more drinking to be had in The Liquor Rooms – a prohibition-style drinking den – and even more entertainment as soon as you step out of the hotel, as it’s in the heart of the lively Temple Bar area. Need a bit of recovery? Thankfully, The Clarence is also equipped with a therapy room! Prices from £96 per night. 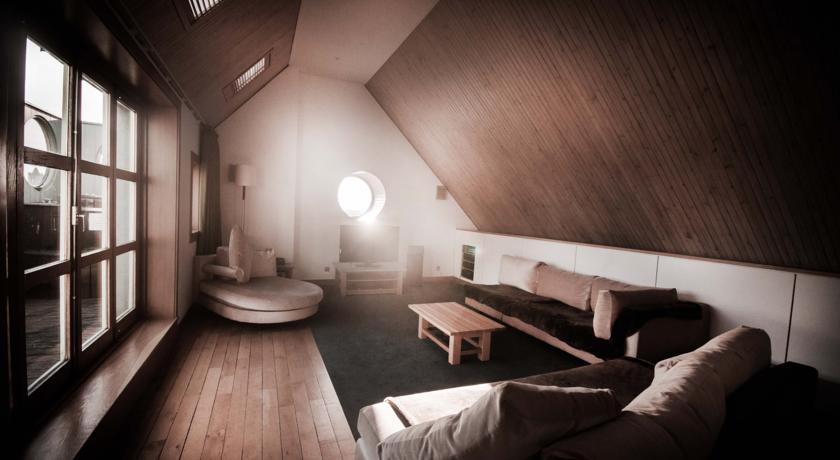 U2’s Bono and The Edge own the Clarence Hotel at Wellington Quay.

For another hotel that combines architectural styles, albeit on a larger scale, try O’Callaghan Stephen’s Green (****) with its blend of Georgian and the contemporary. That means you get to experience the stucco ceilings of its beautifully restored library, as well as its modern glass atrium with views of St Stephen’s Green. This boutique hotel is well set up for a variety of needs, from families to business travellers, with a range of different size rooms and facilities. The Executive King Room, for example, includes a large work desk, built-in US and European plug sockets, as well as an extra comfy King Size bed for the perfect night’s shut eye, while The Magic Glasses restaurant and bar sets out to cater for all kinds of appetites. Prices from £95 per night. 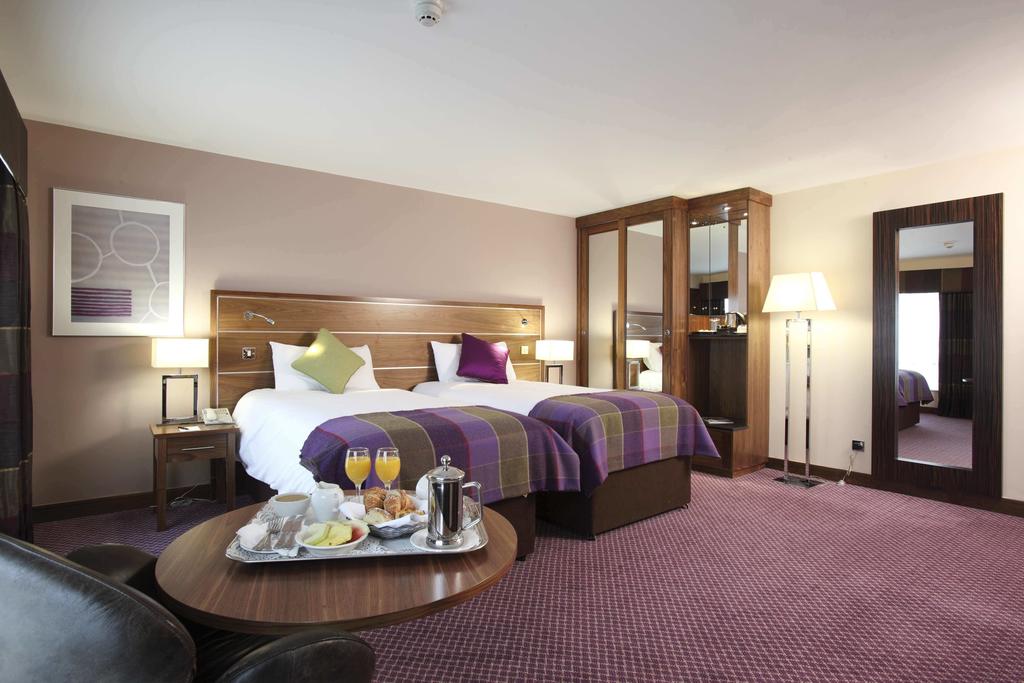 Brooks Hotel (****) offers home from home elegance, echoed throughout with a muted colour scheme and thoughtful details. The range of rooms benefit from touches such as oak/walnut furniture specially handcrafted in Galway, potted plants and Roberts Radios, not to mention the pillow menus! The comfort is amplified in the suites, with features including sunken bathtubs and private balconies. Brooks also scores highly on the facilities front, from its sauna to the fitness suite to the delightful 26-seat cinema. Francesca’s Restaurant serves innovative Irish and international cuisine and you’ll want to spend some time in the Jasmine Bar, named one of the ‘Great Whiskey Bars of the World’ – you’ll need to devote a fair while to deciding which of the 130 whiskeys on offer to try first! Prices from £149 per night. 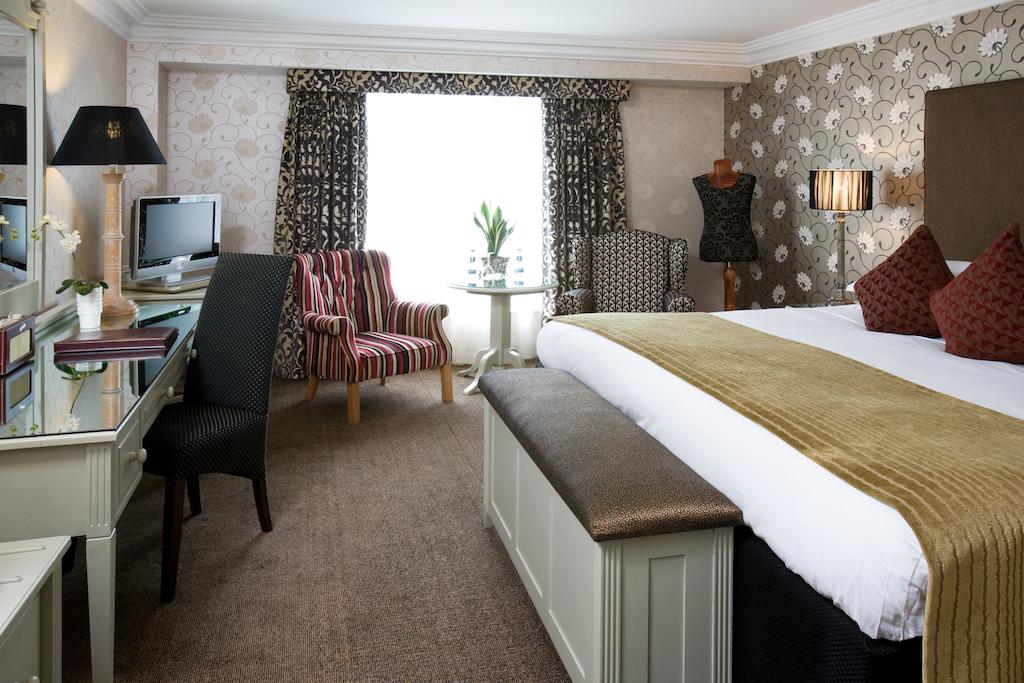 As its name might suggest, the Schoolhouse Hotel (****)  is housed in a former educational establishment, dating back to 1859. The restaurant is housed within former classrooms, and is packed full of lovingly preserved original features, from the wooden beams in its restaurant to open fireplaces. There’s nothing institutional about its 31 rooms either, each named after one of Ireland’s most important and influential people and decorated with a charming mix of antiques, canopy beds and William Morris wallpapers. Bathrooms include Victorian-style power showers, while there’s a plentiful supply of free movies and music. It’s a quieter option that some of the other hotels, close to the Aviva stadium and RDS concert arena, and overlooking the Grand Canal, making it a wonderful place to cosy up for a few days. Prices from £95 per night. 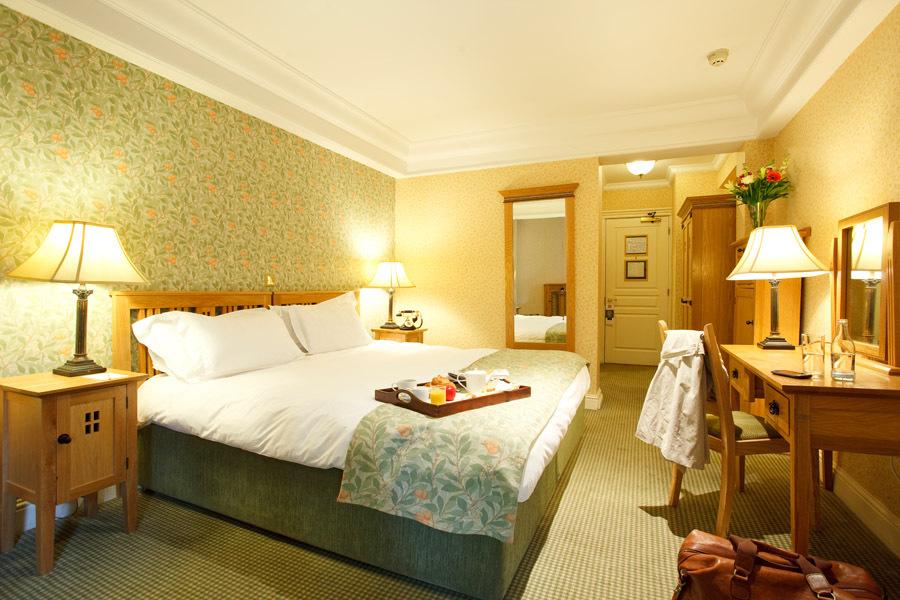