Perhaps one of the most pleasurable things about a boutique hotel stay is the promise of tasty meals and getting to enjoy a few drinks in the hotel bar. We’ve picked out some boutique hotels that deliver on that promise, and more. From the delights of cosy coaching inns to impressive gourmet menus, here are five boutique hotels that will leave you inner foodie well and truly satisfied.

The Pig Hotel, New Forest: Eat like a local

The Pig has several locations around the south of England – but we’re highlighting The Pig in the New Forest for its amazing walled garden. As they describe the place for themselves: “it’s really a restaurant with rooms”.

Eating here is a real local affair – the food grown in the garden inspires the menus and everything else that goes on your plate is sourced from within a 25-mile radius, meaning that the menu changes by the minute. A meal could include the likes of pulled slow cooked pork croquette salad or Dorset coast Pollock fillet and Hampshire chorizo. And, as each room looks onto either the forest or the garden, you can see where your food is coming from (there’s also a webcam, if you’re not lucky enough to visit in person). 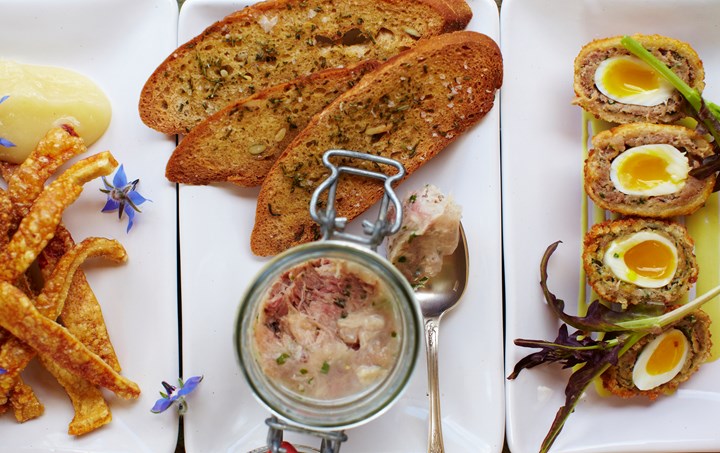 If you’re interested in finding out more, you can also go on an outing with their forager. Alternatively relax in your room, which includes a guest ‘larder’ as well as comfortable beds and monsoon showers.

The Blue Lion, Yorkshire: A perfect 21st-century take on a traditional coaching inn

With fifteen English country style rooms, a menu that helped this place be named the Good Pub Guide Inn of the Year in 2014, and an unforgettable location in the Yorkshire Dales National Park, The Blue Lion will be a dream destination for many. Run by Paul and Heidi Klein for over twenty years, this is English hospitality at its finest.

Imagine seasonal, simple but delicious flavours, such as Loca beef and Black Sheep suet pudding with creamed potatoes and buttered kale to be accompanied by hand-pulled ales and the requisite roaring log fire. Each room has its own unique design – including some housed in the converted stables of the inn – with many promising gorgeous views across the Dales.

The Church Street Hotel, London: A foodie stay with some foreign flavours

Perhaps south London isn’t necessarily where you’d immediately head for some Spanish flavour, but that’s what’s offered by Church Street Hotel, encompassing everything from its décor to the plate. The colourful and characteristic rooms of this boutique hotel are situated above the award winning Angels and Gypsies tapas restaurant where breakfast is also served each morning. Think Monmouth coffee, organic sourdough bread that’s been baked on the premises and dishes such as Huevos Rancheros or their interpretation of the “Full English”, with halloumi, stewed tomatoes and homemade beans served alongside dry cured streaky bacon and Cumberland sausage.

There’s even a cocktail bar in the basement, while guests also get to take advantage of an extensive range of rums and tequilas in the hotel’s honesty bar. Adventurous eaters will find themselves perfectly situated to venture slightly further afield to enjoy the buzz of the food scene in neighbouring Peckham and Brixton.

This hotel’s reputation grew in foodie circles thanks to its menu being showcased on the TV show The Trip. There are plenty of reasons to follow in the footsteps of Steve Coogan and Rob Brydon. Its location is almost excuse enough, situated high on the hills overlooking Lake Windermere in a former coaching lodge. This offers the perfect backdrop for their sought-after afternoon tea or the seven-course gourmet dinner including the likes of roast lion of Lakeland venison with celeriac and juniper or Cumbrian lamb with puy lentils, swede purée and Haggis beignets. Every dish can be accompanied from offerings from their wine cellar – one of the most extensive in the region.

Sign-up for Holbeck Ghyll’s ‘food lovers gourmet break’ and you’ll get the pleasure of indulging in all the meals they offer. The luxurious bedrooms are typified by their attention to the finest details, with fresh flowers and Egyptian cotton bed linen. And who could resist the ‘Welcome Decanter’ filled with locally distilled Damson gin?

If your idea of good eating is hearty pub food, book yourself in for a stay at The Beckford Arms. As well as the delicious options on offer from breakfast to supper, they’ve got every craving sampled for, with the likes of freshly made pork scratching, sausage rolls and wild boar Dorset salami all available as bar snacks. They make their own chutneys and jams, do their own home smoking and many of the cocktails on offer use locally sourced ingredients. Not a cocktail fan? Try a pint of the Phoenix beer, the pub’s very own brew. 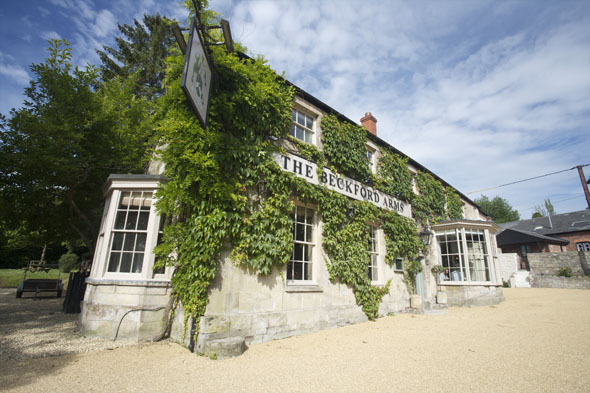 Once you are full to the brim with all good things, it’s not far to go to reach the Beckford Arms’ eight bedrooms, each stocked with handmade natural toiletries and lovely touches like vintage Welsh blankets on the bed. If you can bear to leave this spot of heavenly hospitality, it’s ideally placed for sightseeing too: Stonehenge and Salisbury are both a short drive away. 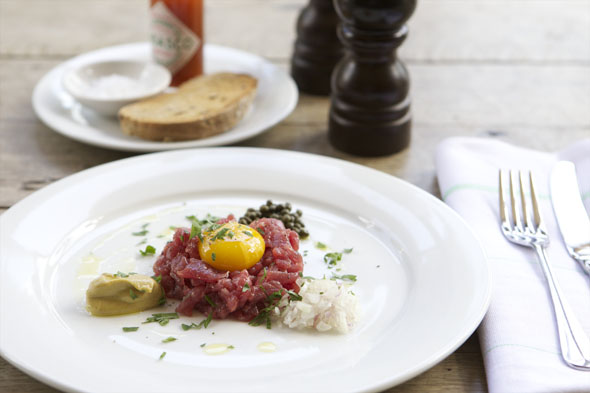