Mayfair and St James’s are areas of London that are synonymous with luxury and tradition, whether it’s the old-fashioned grandeur of the Burlington Arcade, the distinguished private art galleries or the allure of the halls of Fortnum & Mason. Unsurprisingly, they are also home to some of the capital’s grandest and most famous of hotels. There are some fantastic options for a more boutique-style stays too. Though smaller in scale they are every bit as luxurious as the larger options. Here’s our handy guide if you’re looking for a boutique hotel in Mayfair.

45 Park Lane (*****), pictured top, mixes both styles of hospitality perfectly. This 45 room boutique hotel overlooks Hyde Park but is linked to the Dorchester so guests can take advantage of the larger hotel’s services, including its world-famous spa. 45 Park Lane has got plenty of its own attractions too, such as CUT at 45, a Wolfgang Puck American-style steak restaurant. Rooms are Art Deco-influenced in their decor, with sleek lines enhanced by luxury details such as Bang & Olufson flatscreen TVs and marble bathtubs.
Book now 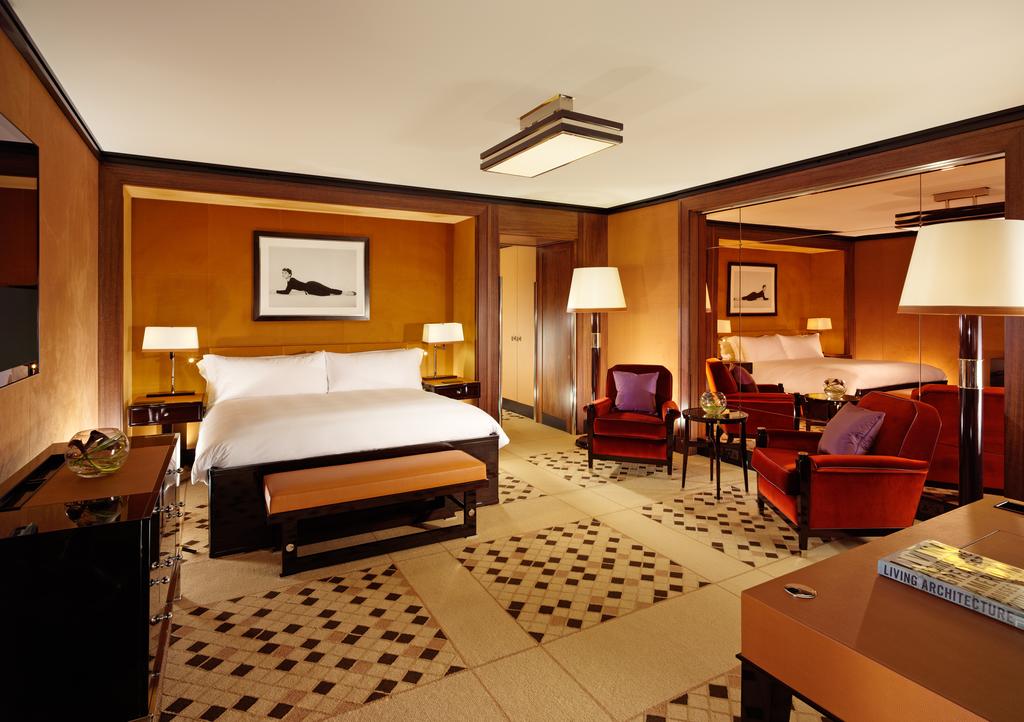 For a sense of history, it’s hard to beat Brown’s (*****), which first opened back in 1837 and has been the setting for many stories over the years, including being where The Jungle Book was finished and where Alexander Graham Bell made the world’s first ever telephone call. In fact, in each bedroom you’ll find carefully selected books relating to the history of the hotel. Light and fresh furniture and fabrics perfectly offset the original wood panelling and period details. There are stunning social spaces too, including the Donovan bar, hung with original Terence Donovan photographic prints, HIX Mayfair and a dedicated room for taking afternoon tea.
Book now 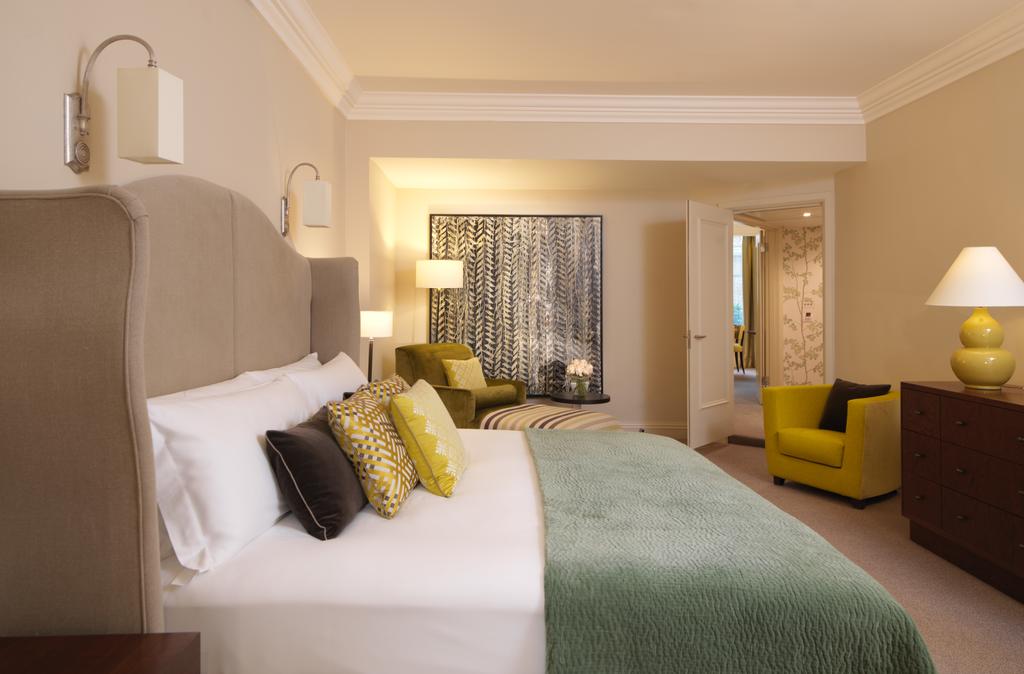 St James’s Hotel and Club (*****) is also steeped in history, an old Gentleman’s Club in a gorgeous period building. Exquisite craftsmanship, such as handmade silk wallpaper and Murano glass chandeliers, is paired with state of the art technology. Many of the rooms have balconies and the Penthouse suite has its own private terrace. For gastronomes, the Michelin starred restaurant serves up delicious French food made from the finest British produce.
Prices from £289 per night – book now 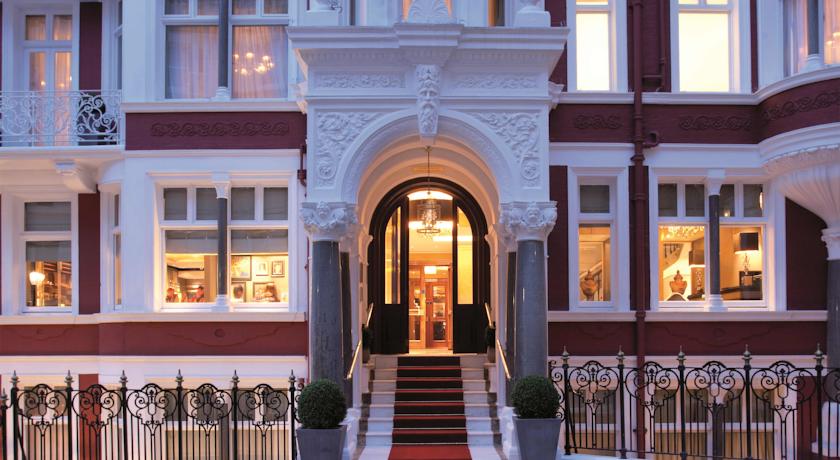 St James’s Hotel and Club in a “gorgeous period building”

Although Fleming’s Hotel & Apartments (****) is the second oldest hotel in London, its Georgian splendour is married with contemporary style. Rooms are decorated with bold patterns and rich colours, and this style is carried over to the apartments as well. With their own private entrance, these apartments also have their own high spec kitchens. If that all sounds like too much work, Fleming’s has fantastic range of bars and restaurants including tea rooms and cocktail bars where you can sit back and let someone do it for you.
Prices from £200 per night – book now 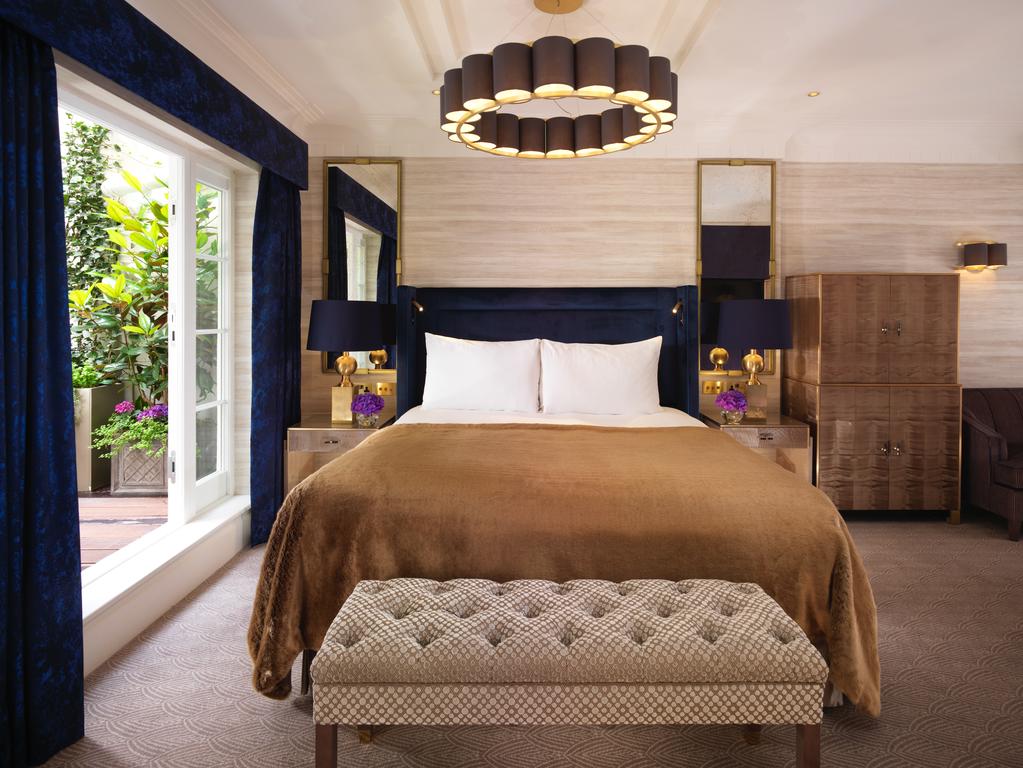 Fleming’s Hotel in Half Moon Street

If the idea of an apartment rather than a traditional hotel room is something that appeals, No. 5 Maddox Street (*****) is also worth a look. It specializes in suites, from one to three bedrooms. Kitchens are stocked with tasty treats, while spa services are available in-room. The 24-hour concierge service means you get the advantage of hotel service while enjoying the freedom of a home from home, all while staying in the very heart of the London.
Prices from £203 per night – book now 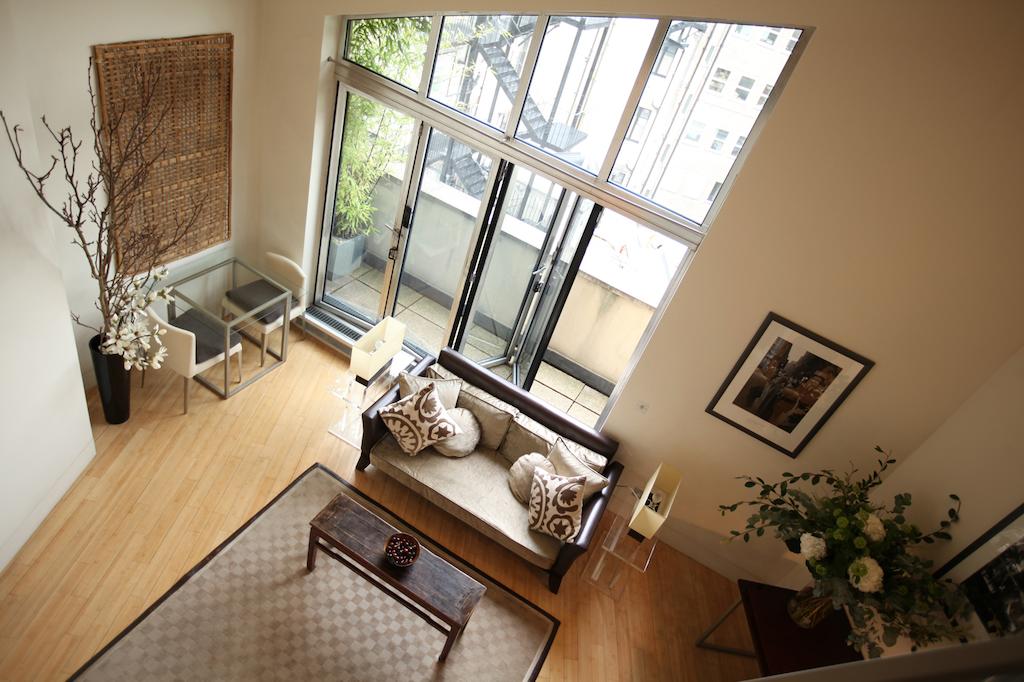