Mancunian pride is infectious and makes it virtually impossible to not get caught up in the buzz of Manchester. The city’s formerly industrial skyline has been transformed to provide the perfect backdrop for lively bars and world-class restaurants. Manchester has impressive museums, internationally renowned theatres and a stellar selection of shops, while the city’s two most famous football clubs put it firmly on the global sporting map.

All this adds up to a fantastic place to spend some time. Why not enjoy the best of the city’s hospitality with a stay in one of Manchester’s boutique hotels? Here are some of the best boutique hotels and B&Bs that Manchester has to offer.

Since it opened in 2015, Hotel Gotham (*****) (pictured top and below) has garnered a reputation for excellent five star luxury with more than dollop of decadence. The 60 rooms are spacious and comfy. Look out for cosy beds with leather headrests, waffle robes, espresso machines, and marble bathrooms with monsoon showers. Choose the Club, Executive or Directors Rooms, or check out the superb suites such as the showstopper Inner Sanctum suites with signature emperor-sized feather-bed, vintage suitcases, buckled belts and hat boxes.
Book now 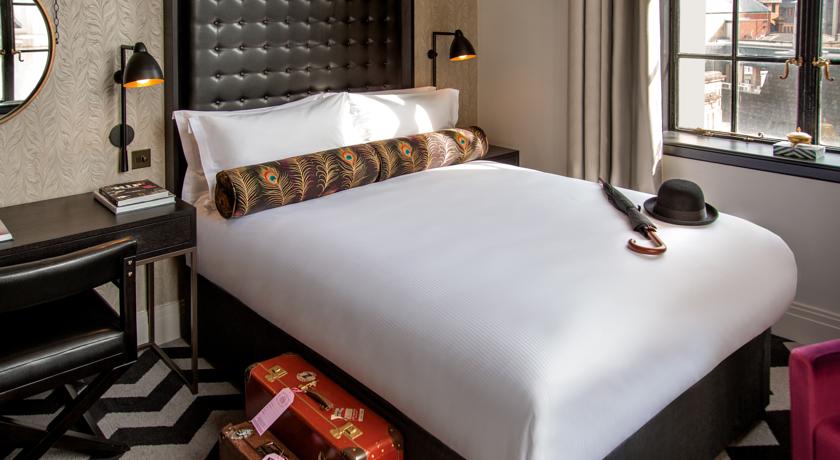 Originally built for the Manchester Salford Trustees Bank in 1872, the King Street Townhouse is a now a stunning four star hotel. Described as a baby grand, the hotel has forty delectable rooms with a free standing bath in all of the Cosy, Comfy and Deluxe JS rooms.

Two generously proportioned one bedroom suites on the fifth floor give stunning views of the Town Hall and clocktower. The Italian renaissance building has been successfully transformed into place to stay which is contemporary and luxurious.
Book now 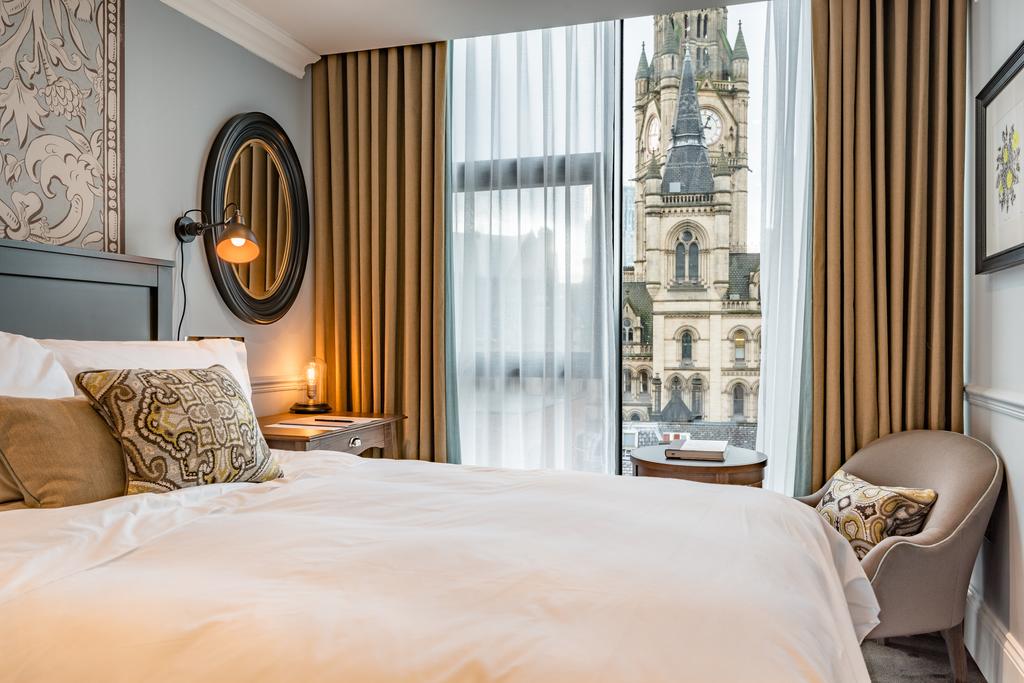 View of the Town Hall from King Street Townhouse hotel.

Great John Street Hotel (****) may be located within what was a Victorian school but offers a stay that is definitely more suitable for grown-ups than children.

Its stylish décor emphasises the building’s original architecture with exposed beams and wooden floorboards used to complement its huge windows and high ceilings and give a fresh and contemporary look. The original roof top playground has been converted into a relaxing outdoor lounge overlooking another of the city’s most famous sights – the Coronation Street set.
Book now 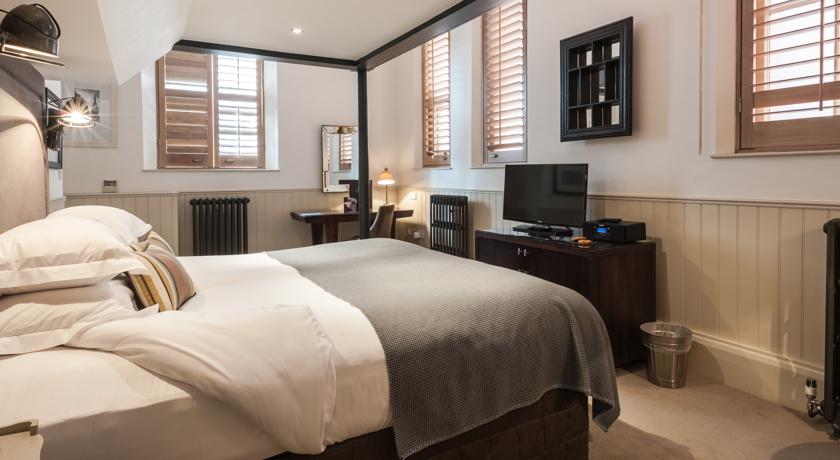 Stylish decor at the Great John Street Hotel in Manchester

The boutique hotel chain Malmaison (****) provides its reliable blend of contemporary style and comfort in their impressive building in Manchester’s Piccadilly that dates back to 1851. There are a huge choice of rooms available, going from a cosy double up to the super suites which are inspired by the theatricality of the films Romeo and Juliet and Moulin Rouge and decorated with details like huge plunge baths and bean bag-filled lounge areas.

Also worth exploring are the Manchester suites – one decorated in blue and the other decorated in red and black in honour of the city’s famous football rivals. The hotel has all the facilities you would expect of a Malmaison hotel, including a spa to unwind in after a busy day.
Book now 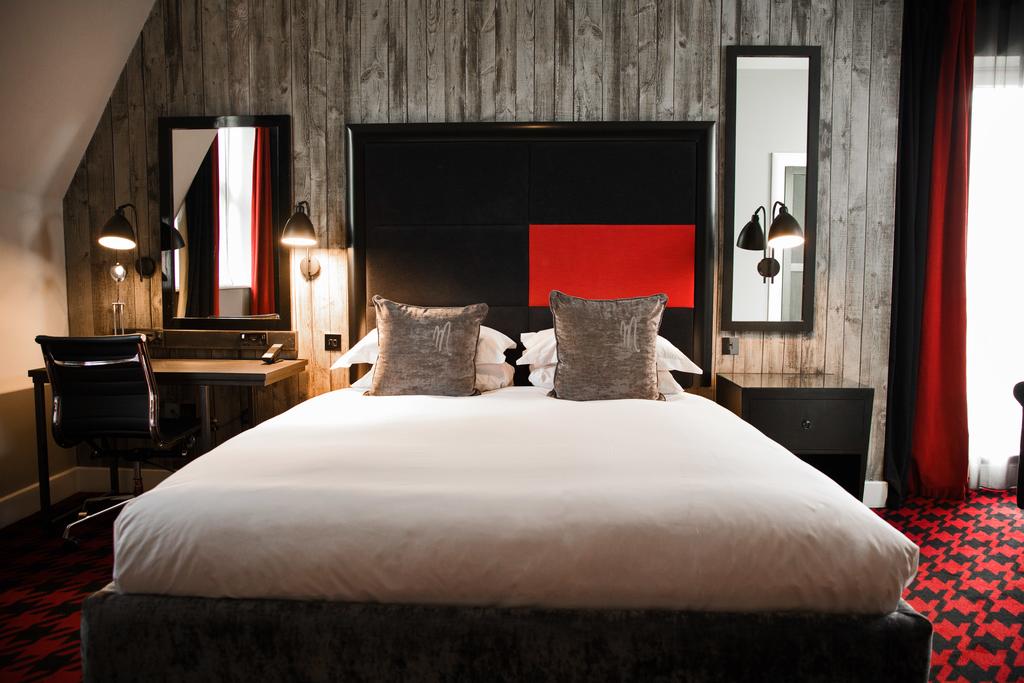 For some wind-down time away from the excitement of the city centre, Didsbury House (****) is based in one of Manchester’s most desirable suburbs. Didsbury has its own extensive selection of wine bars and eateries and is a useful location for getting to Manchester Airport. Run by the same team behind Great John Street, Didsbury House Hotel also uses the building’s Victorian architecture – in this case high ceilings and stained glass – to create an airy and relaxed feel.

The Opus loft suite at the top of the townhouse has undergone a dramatic transformation from the days when it would have been used as servant’s quarters and now includes decadent details such as a twin set of roll top baths to make for a really special stay.
Book now 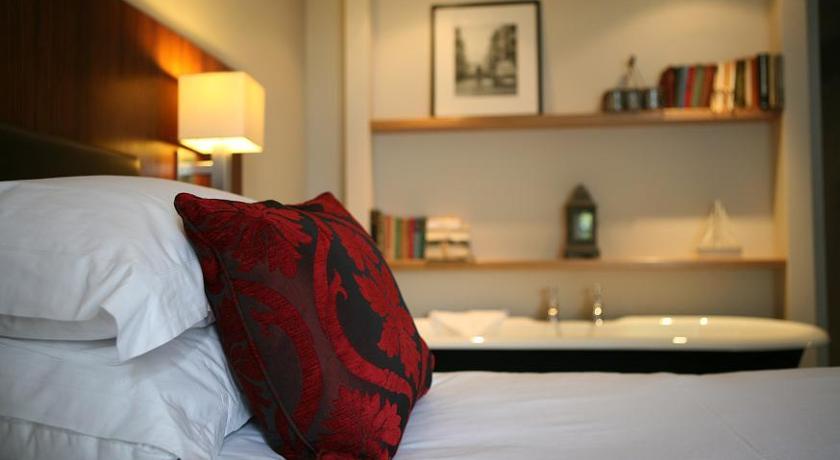 A bedroom from Didsbury House Hotel

Situated on bustling Canal Street, a stay at Velvet (****), pictured top, is as sumptuous as its name would suggest. Its 19 rooms are individually decorated, but with an emphasis firmly on the indulgent with touches such as ornate four-poster beds, sumptuous bed and bath linens, and tuck boxes of treats. You can throw yourself right into Manchester’s nightlife scene in Velvet’s hugely popular bar and restaurant and by taking advantage of one of the hotel’s special clubbing deals, or simply get away from it all in their huge split level Penthouse Suite.
Book now 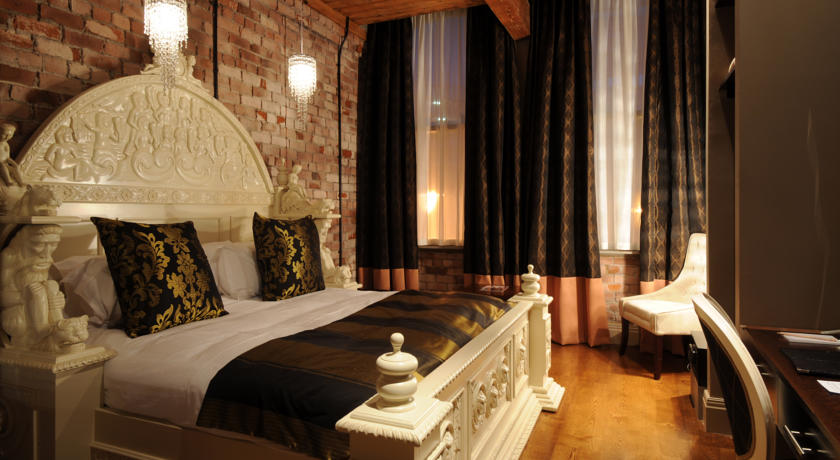 Four star Abel Heywood is in Turner Street in Manchester’s trendy Northern Quarter. Named after the 19th century radical and Mayor of Manchester, Abel Heywood, this is a boutique hotel and pub in one with 14 stylishly furnished en-suite rooms.

Look out for features like funky wallpaper and curtains, mosaic bathroom tiles and comfortable beds. The rooms also benefit from work desks and air conditioning. Breakfast is available in the the pub and includes a Manchester fry up with Mancunian sausages and Bury black pudding.
Book now 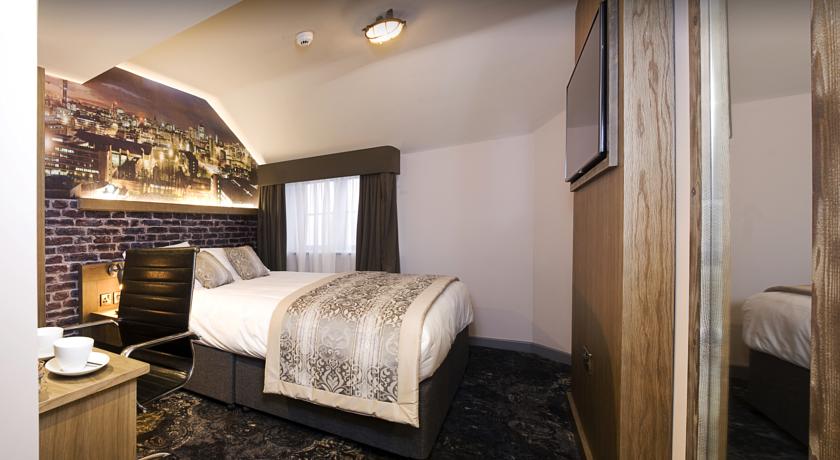 Map of Boutique Hotels in Manchester

A boutique hotel in the heart of Manchester city centre... END_OF_DOCUMENT_TOKEN_TO_BE_REPLACED

A GRADE II listed fire station in Manchester is to... END_OF_DOCUMENT_TOKEN_TO_BE_REPLACED

A 14-Bedroom boutique hotel in North Wales has been sold... END_OF_DOCUMENT_TOKEN_TO_BE_REPLACED

SQUATTERS at the site of a new boutique hotel in... END_OF_DOCUMENT_TOKEN_TO_BE_REPLACED

PLANNING permission has been given for the old Manchester Stock... END_OF_DOCUMENT_TOKEN_TO_BE_REPLACED